Some time ago a visitor to my site commented that the photo I used as a header was ‘Horses walking on Water’ and I really never took notice, but yes, they do look that way.

But this photo taken with a very cheap digital camera just didn’t bring out the picture well enough to see the shallow beach on which the water was covering, and my clipping of the photo has eliminated the shoreline. The beach, and the inlet are located to the north in Donegal Ireland. A lovely place to visit, if you can avoid the frequent rain. Beyond that further hill, and 1000 miles of ocean, is Greenland. 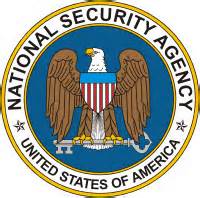 In this age of ‘Big Data’ the masters are the ones who hide in plain sight. If you generate billions of media bits that must be parsed by the powers that be, the devil really is in the details.

During a stint in a fraud unit I learned that the trick wasn’t to read all the monitored data, but to build patterns of ‘normal’ for everyone monitored. If the patterned changed then something had changed, and an investigator was assigned.

Another article I keep remembering is an interview with with a ‘Ninja Assissan’ who was quoted as;

” I never sleep in the same bed two nights in a row (he had 5 bedrooms), and he never ate the same thing for breakfast (though he always ate what he wanted) ”

Hence the pattern he would generate would always be random, and therefore a consistent repeated event would be considered abnormal and a ‘red flag’ that something wasn’t normal.

So to hide, and maintain privacy would be to either overwhelm the bit watchers, or develop such a random lifestyle as to make normal pattern matching methods useless.

anyone want to be a Ninja Assissan?

UPDATE 3: Just so you know: US government is hoovering data from Apple, Microsoft and Google servers

While the wife is trying to formulate a final post on her blog to end the year. I thought I’d take a different tack so here are my predictions for next year.

1) The World as we know it, will NOT end. (as in period)
2) The Euro (system) for Europe will NOT collapse.
3) I will get another year older.

Now here’s a cat picture.
So tuck in, and wait it out. 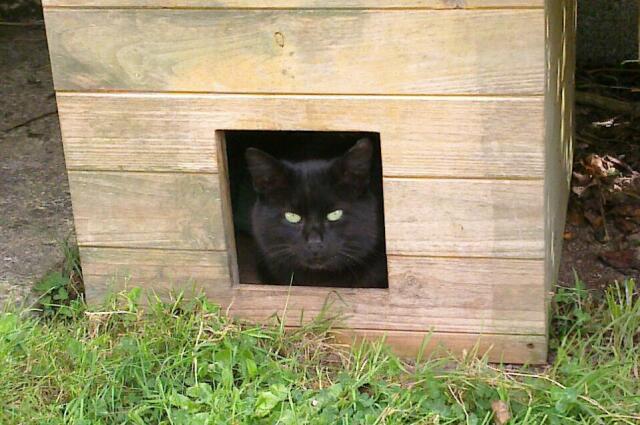 If anyone still believes that the wealthy do not receive special treatment in the legal, business and social world. Only needs to fly in an aircraft sometime. 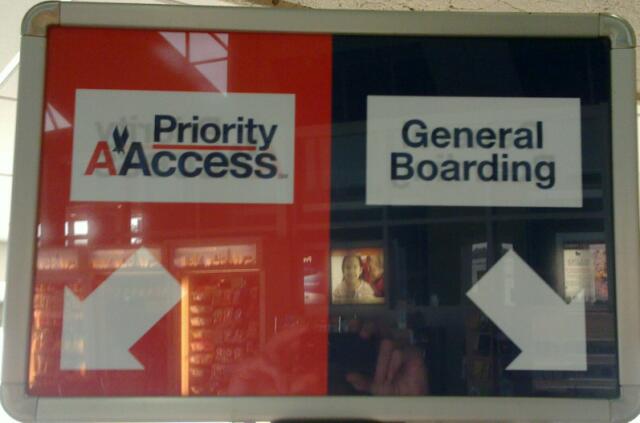 I took the plunge and re-imaged my Cnm Touchpad II up to Froyo (Android 2.2.1) , And after the second try, it installed, after sweating bullets. And not only is it pretty, it’s faster, and I (after some efforts) now have the Android market.

Mind you the CnM Touchpad II is NOT the intended target for this upgrade, and I lost the use of the internal microSD card, and the fullsized USB connector to the builtin software, but I restored most of the functionality with additional downloads from the Store.

I actually like the upgrade so much I will host it here: apad710_froyo_v3.img

As you can tell this image is for a APad 710 which is really an exact copy of the CnM Touchpad II, however this image is ‘hacked’ and ‘rooted’ and ready to roll.

I heard all the arguments, and if I were in a position to actually have made the decisions, or been allowed to tender an opinion on the actions taken. I know I would have made different choices. But in the end;

WE ARE RESPONSIBLE FOR THE BANKING CRISIS!

We the people of Ireland are personally responsible for the crisis, for WE voted on the corrupt and idiotic government, the bad bureaucracy and bribed banked owned politicians who put us into this position. AS IN PERIOD!

There is no getting around it, so stop talking about a banking crisis, it’s a crisis of a democratic majority more concerned with trifling personalities, and historical artifacts that have no basis in fact. A Nonsensical political system that reenforces the rich, and dumps the poor and middle classes.

George Carlin on the “American dream, outlines why WiKileaks is being assaulted. And why we have such rotten governments around the world.

Additional Material: Amnesia as a Way of Life: WikiLeaks Amid the “Careless People”

I may have stumbled upon a missing link in our technology. But first let me tell you a bit of myself.

I use a CPAP to help me breath at night. And while I won’t die without it, I am somewhat dependent on it for a good nights sleep. Last night I got up for a respite in the necessary and a small clasp gave way. Not completely broken, but incapable of holding my mask on. I managed to kluge a fix in the dark, and finished the night.

I had opened and closed that clasp a thousand times. I was dependent on the tiniest component to breath and sleep. And it came to me that the bits and pieces we use everyday in our high technology lives, have us somewhat by the short hairs. I thought of flash memory sticks, and SSD’s which are built with a limited life span. Just like my clasp, one snap past it’s sell by date. Mean Time to Failure.

Just like every other device we use, you have to have a backup, a plan. Mine with the clasp, was a touch of superglue and the cost of a bit of inconvenience. But what about a life’s work on a flaky flash memory.

Got your super glue handy?

I have been having discussions all over the net about smartphones and feature phones and the vast marketplace for non smartphones in the third world. A market that Nokia is big in, but is not well supported with things like facebook, Twitter and other social networking communications features, due, in part to the lack of more robust networks in those areas. Even during a discussion at yesterdays Cork Open Coffee the subject of community services came up and I was reminded of a New Beta from Nokia called Nokia Listings ( here, here, here. and here ) which is intended to support communications, operating within a weak infrastructure, in a social networking type of framework.

We now have the knowledged to predict how and where
a piece of bread breaks.

The wisdom is knowing not to bother calculating it.

This video at the BBC U.S. Site that claims Technology ‘rewires’ our brains Is yet another Pseudoscience attempt to baffle with Bullshit, the viewer. It comes off all Super Tech and is really no better than claiming that “Technology destroys our Brains”. Just more Yellow journalism. The disappointing thing is, that it’s coming from the BBC. This is for the U.S. (read American) audience, so I suppose it has to be Dumbed down to that level of that group.

But it is a sorry thing to watch happen.

I have often wondered if the use of Electric Vehicles, cars and Scooter’,s would ever become viable. And I had a revelation about how they could be more integrated into a green lifestyle. Almost everyone knows that that an electric car needs to be recharged while at the home. But what if you stop thinking of the car as a separate object from the other household equipment.

One of the biggest drawbacks from utilizing Solar electric, and wind power generators is their inconsistent output. Wind power only works in a stiff breeze and solar, only during the day. And to make matters worse, neither may happen when there is a peak requirement for the power. Power fluctuations are a bane to green power. Thus all these technologies still require power from a main grid to fill in the gaps. And while you can pump power into the grid during peak green ellipsoids, you can’t store any locally to supply yourself, or if the grid should be down.

Unless you have an electric car that is. If you stop thinking of the eAuto as a separate entity, and think of it as a portable energy storage device, the problem is partly solved. If the power storage of the eAuto were large enough it would act like a power buffer, storing power during peak green output, and supplying supplemental power back into the house during peak requirements. A power filter regulator for the green fluctuations.

Frequently when the eAuto might be needed as transportation, power requirements are at a minimum as the occupants of the house are the ones traveling. It also could be moved to a location to recharge elsewhere and return to supply power to the house, much like a bucket of water, when your pipes freeze up.

The possibilities are endless.

There is only one solution to keeping the peace when in a hotel who’s definition of broadband doesn’t include WiFi in the room. Carry a pocket Wifi router. 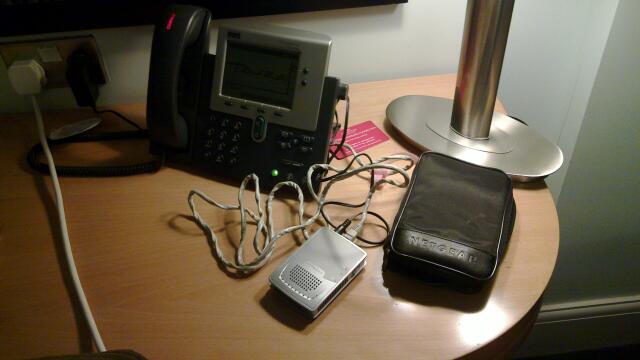 I was reading a Digg article about atheism, and I was sure the percentages of the population were incorrect. So Googleing up an answer gave me the best answer yet.

There is a great deal of room for debate as to the accuracy of any method of estimation (of atheism), as the opportunity for misreporting (intentionally or not) a category of people without an organizational structure ( read church) is high.

That about said it all, no way to count them!

A very nice sunny day at Black Rock Casltle, what more can you say more than that. 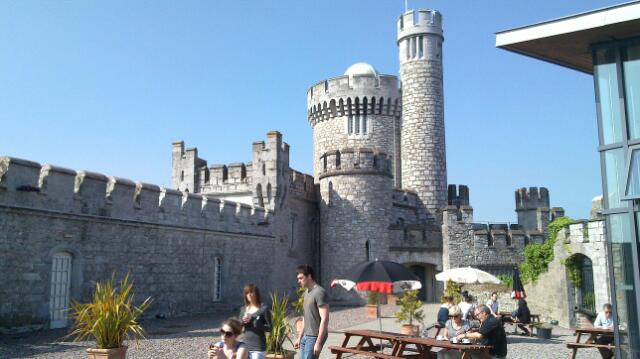