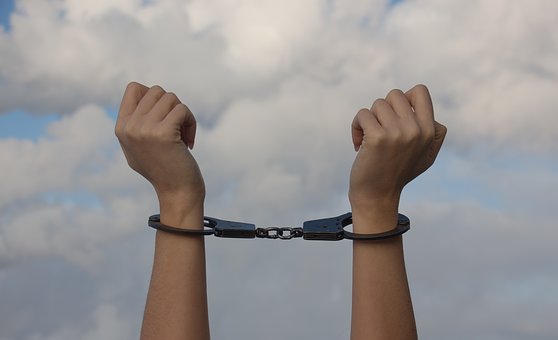 A couple of years ago while observing the relentless anti-Science diatribe coming from the conservatives. I came up with a Idea for a Science Fiction story, and it went something like this;

Many different Scientist had been ‘blackballed’ by the government in power, and removed from their jobs. Unable to work, they had taken any jobs they could get, pumping gas, fast food, and delivery people. Low pay, no respect, and no Science. While many had offers to work abroad in their fields, they were blocked from leaving the U.S. by being placed on no-fly and no-travel restrictions. The government did not want the brain drain, but they didn’t want the scientist from becoming active again, and casting doubts upon the U.S.

So here we are, science suppressed, and scientist restricted. So a group of Irish (where I currently reside) conspired with the Irish government (covertly) to create passports and travel documents for the scientist being held. Then an Irish person who could pass in appearance to a scientist, would enter the U.S. as a visitor, and assume the identity of the individual, and work their jobs, fill their roles and report to their parole boards. In the mean time, the scientists would use the created Irish identities to flee the U.S. and then sometime later the substitutes themselves would exit. The scientists would then be free, and able to resume their Scientific Research.

The story would then detail this activity for several different scientists…etc, etc, etc

Now, in the present, this is no longer a Science Fiction story, and not even really a Fiction of any sort. It is a sad telling of the near reality.

In the current climate the urge to paint Donal Trump as the New Hitler is often the theme, however the ‘The Donald’ is more showman and trickster than absolute dictator. And as showman he will say and do anything that it takes to win. However winning is nothing, the show must go on and the next ‘Thing’ must be won. And should Mr. Trump become Mr. President you will see such a unification of Republican and Democratic Congressional resistance against anything dangerous, that Mr. President should pursue, than has ever been seen before, ever. The world is safe.

The same can not be said of Hilary Clinton. While she is often alluded to as being better than Donald, and forgetting any and all dirt that might be heaved around at the moment. Her belief that the Presidency is hers by Rights, that she believes that the presidency is owed her, and does not have to be earned by a popular vote, is the most condemning sociopathic belief imaginable. This is the root of Fascism, of entitlement of the elite (or self deluded elite), that assumes authority where it is not granted. But should Ms. Clinton become Ms. President the world could slip under such a dark shroud that any and all, real or perceived, enemies and threats to Hilary would fear for their lives. As to threaten Her Reign would be a personal and bloody thing. And the world would tremble.

And while I do favor Bernie Sanders in the next election, anyone (not GOP) plucked off the street could be substituted here, as a last effort to prevent the next disaster.

Whoops: Guess who won? But worst than that, the GOP retained both the House and Senate.

The only thing that I hear from the ‘Debates’ were that Parties were running against Parties. There was no debate about anyone being held responsible for decisions, no one responsible for any outcomes. It’s the Party’s choice. The Party that Failed, the Party that succeeded, the party that brought you X or Y.

We the people are voting on, and for PEOPLE, not parties. We know that Kenny never fulfilled any campaign promises, but it’s not his fault, he was doing what his party wanted. Sinn Fein has killed people in the past, therefore the people who now represent Sinn Fein are all murderers, because Sinn Fein, the party, murdered.

There are criminals who have been CONVICTED dozens of times, that do not get painted as a criminal when next they come to trial, why does ANY party get painted with past party issues, by past party members, when it was the members who committed them.

This lame attempt by our politicians to redirect blame to an anonymous ‘Party’ is another attempt to shed personal responsibility for the outcomes of bad decisions and choices. Like cheap used auto dealer, I have to talk to my party…er manager about that deal.

I hold Kenny & Noonan responsible for Water Charges, and paying off the bond holders, not Fine Gael, and Labor.

But if you want to play party politics, fine, Kenny, Noonan you have lost my vote for ANY Fine Gael politician, Labor too, as you had no guts to stand up for your ‘Party’ position, you also will fail to get a vote.

If you think that your vote doesn’t count, just remember that there are Libyans dying today that WANT to vote today, instead of dying.

Don’t be a langer, VOTE.

I know all the Mass Media Press and even Intrade have predicted that the Republican Party will take over the U.S. House of Representatives during this election. But I am wishing this were not true, and I think that maybe I’m not the only one.

This is the same GOP Party that has brought the U.S.A. to the brink of destruction with their Corporate Policy’s that favor the Rich and powerful over the general population. And they are gaining GrassRoots support largely due to their ownership of most of the Press.

I fear that the GOP is both repeating The Big Lie so much that they expect to win on it, and that because the press it telling everyone that the GOP will take over the House, that they are expecting a Self-fulfilling prophecy to seduce the public into voting them back into control of the house.

But like I mentioned earlier, I can’t be the only one wishing that they will NOT get their hands on the controls of the House. If that is the case, I’m wishing that the Democrats get off their collective Asses and broadcast the GOP corruptions and Facts facing the voters this election. I’m afraid I’ll be disappointed, but I guess that I’ll just have to be satisfied that with the Democrats and the Republican splitting the Senate and House, that Congress will get nothing done. And that’s a good thing. Because ANY time congress passes a law, someone looses a freedom, and that can’t be good.

Why does this seem so familiar?

One more time with feeling!

According to Paddy Power We’re paying out on Obama as President!! which translates as, Obama Wins! Talk about an early call, probably accurate, but bold in it’s presentation!

The reality is, Obama may lose!. At a dinner party tonight some visiting Brit’s repeatedly ask me who I thought would win McCain, or Obama. Overwhelmingly they all agreed that they preferred Obama, and followed it up with how disgusted they were with Bush, and how poor a choice for VP McCain made in Palin. But the reality is Obama can still lose. America, white America is fundamentally racist and unless Obama has a massive lead going into the final election HOUR! And so long as some news agency doesn’t call the election for McCain early. The racism will rise to the surface and we will have to live with the McCain HELL for the next 4 years. White America will not vote, in the privacy of the booth, for a Nigger! Plain, simple, Ugly and true.

Someone from the States just email me this link, and it makes for interesting reading. Calling Sarah Palin the Barracuda may be only the start of the story. This woman is down right dangerous, not to the Democrats, but the Republicans, as she represents all the worst traits that Republicans have been demonstrating over the last 8 years in the Whitehouse.

Articles like the one at Slate: WHERE THE ELECTIONS STAND TODAY is a prescription for Vote Theft. Not that they are promoting theft, but by presenting ‘opinion’ as facts, and displaying the point spread of the two Presidential candidates, McCain and Obama, as if they were very close together. They promote doubt about the real margin so should there be wide spread vote fraud, the public will not suspect it as easily. There is a vast difference in the chances of winning. There is currently a 60% chance Obama will win against a 38% chance McCain will win at Intrade. That is a 22 point advantage for Obama, not even including any indecision on the part of the public. Intrade has had the most accurate data in this and the previous elections in the U.S. making any other prediction, propaganda, clear and simple.