The boys at the office have been experimenting with Redis at the office however the server they were using was a Windows Server, and therefore the Redis database was running on Windows. So I took a look at the ‘release notes’ from Microsoft and their ‘Lawyer Speak’ was all over it.

We strive to have a stable, functionally equivalent and comparably performing version of Redis on Windows. We have achieved performance nearly identical to the POSIX version running head-to-head on identical hardware across the network. Aside from feature differences that help Redis take advantage of the Windows infrastructure, our version of Redis should work in most situations with the identical setup and configuration that one would use on a POSIX operating system.

Having seen this type of language from Microsoft before, in ‘Open’ products like LDAP and ODBC where Microsoft would alter the implementation specification standards to suit themselves, I am wholly obliged to translate their opening paragraph into English for those who don’t ‘get it’. The paragraph should read as follows:

Microsoft’s Proprietary version of Redis for Windows
We have not managed to achieve a stable, functional equivalent or comparably performing version of Redis on Windows yet. We have managed to produce performance almost as good as a POSIX version running head-to-head on identically throttled networks connections. Aside from the changes we had to make to enable it to work within a Windows infrastructure, our version of Redis (using a Microsoft infrastructure) could almost perform using a setup and configuration that looks like a Posix operating system.

Reads a bit differently doesn’t it.

I have warned the developers here not to implement a production system based upon Microsoft’s version of Redis. I do not have anything against Redis, just the dark hole MS expects developers to jump into again.

I have been observing that as smartphones are becoming smarter, they are also becoming more expensive, there have been a segment that have also entered the market once fill by feature, or dumb phones, but they are almost designed to entice you upgrade to the more expensive and glamorious models.

At the same time, laptops, particularly ChromeBooks are now dropping below the price of the average smart phone. Add in the increasing use of pads, especially Android pads and you have to imagine that MicroSoft should be getting very worried.

Desktop computers, PC’s, are almost non-exsistent these days, traditional laptops are in decline and the base for an exclusive Microsoft Windows empire is crumbling before our eyes.

Aren’t we glad that Bill Gates is still the richest (published) man in the world.

And to put another nail in the bed Microsoft sleeps in, no one wants Windows 8.0 or 8.1! Why not just rename Windows 7 to Windows 9 and go on from there? Windows 8 market share stalls, XP at record low

This one is the first prediction I’ll make for the new year. The Surface RT slab will fail in 2013. (as in period) Windows 8 on Surface Intel processors will be unstable, but the ARM RT will vanish entirely. 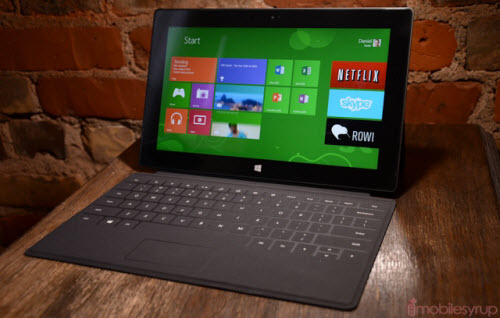 UPDATE 3: How many spikes must be driven into this Zombie before it dies Here: Windows RT not invited to Windows 10 upgrade party?

If anyone has any doubts about the sanity of Nokia’s, rather eFlops selection of windows to hang Nokia’s future upon, this should settle them as Nokia Lumia 800 sales forecast gets chopped that puts first batch sales almost half of what the MeeGo powered N9’s sales already achieved. And that was even after the N9 sales were deliberately handicapped by eFlop himself into some of the most obscure markets in the world. If the N9 had been sold in the same regions that the eFlop 800 is being pushed into, there would be no deigning that Window-Phone is a flop, an Elop.

I have been observing a vast increase in traffic, traffic without apparent purpose, over the last several weeks.

And I didn’t give it much thought. However I now know that its MSNBot a Bing Robot that is deeply scanning all my postings. But it’s not very thorough.

Has anyone else see this in their site statistics?

The writing was on the wall when Elop (read eFlop) was forced in as CEO of Nokia. An X-MicroSofty with his head up MicroSoft’s butt.

UPDATE: In this article Stephen Elop Responds eFlop states he has been investigating the Microsoft stragedity from only the last 4 months, what a lie, that’s that what Mubarak was staying about staying in Egypt, Elop was and IS a Microsoft Talking head and the sole purpose of his forced hiring by the Board was to pursue the Microsoft plan.

It’s not Google and it’s Deadly Power of Data I have always been leery of Power. I don’t buy Microsoft , and I’ve stopped playing into Apple fandom. The last computer I bought was a home-brew DIY Server built from parts I chose, powered by OpenSolaris So now it’s another validation of my still unshipped Nokia N900 and Maemo! Please let Amazon ship it soon 🙂

If I were managing Microsoft, I’d announce a new Operating System (OS) and prepare copies to hand out of Windows 7 “pre-betas” at PDC, WinHEC which consists of a slightly re-skinned Vista OS which no one wanted when it was called Vista.

And you know, no one will notice, or care that 99.9% of of the new OS is just the same as the old OS and relabeling it will make all the difference in the world!

After hearing about how the iPhone can phone home and kill apps? I knew that my choice to purchase a Palm T/X was the correct one. But this is even more a vindication of my choice of the Nokia 6300 to act as the modem for both my MacBook and Palm T/X when Apple pulls posted iPhone modem app Apple won’t even allow you to use all the abilities of something You Own! just because they made it. DRM be dammed, being slaved to Apple is even worse. And just when Apple was beginning to increase marketshare, Job’s paranoia is making Apple into another Microsoft.